My mom has always told my sisters and myself to “never settle”.

Yes, I am young. I am 23 years old, I graduated from a prestigious university (PONY UP!), I have my own car that is in my name, I am in the process of working towards getting my own townhome, and I have two jobs, one of them being the nonprofit that I founded.

Not too long ago, a 30-some-odd coworker of mine made a comment about me being “spoiled” and having a “silver spoon”. His defense was that I have a 2014 car and I went to SMU.

Y’all know I just about went off, right?

Using the term “spoiled” is almost like using profanity to me. I have worked extremely hard for everything I have. I took my mom’s advice growing up and never settled for mediocre. Could I have worked harder in school or done more in certain areas of my life? Of course.

But at the end of the day, I still put in more effort to achieve my dreams than I ever thought I could muster.

And the part about the “silver spoon”…

That’s what gets me the most. I don’t go around selling a sob story about growing up in a single parent home, witnessing the abuse that I did as a child, or the financial struggle that I’ve had to endure.

NO. I didn’t become complacent. That “silver spoon” you see was not handed to me. I came from plastic silverware and earned the silver spoon so maybe one day I can have children and they can have a better life than I did.

It’s the negative connotation that we place on success that hinders us. The idea that achievement at a young age is almost “dirty” is what irks me the most.

DO NOT BECOME COMPLACENT WITH YOUR CIRCUMSTANCES.

There is always more to be done.

This does not only apply to our societal status, but to our personal relationships (of all sorts), as well.

I, for one, will be the first to admit that I let a lot of people get away with a lot of things.

Sometimes we allow people to give us their minimum while we give them our most.

We allow ourselves to be people’s “other” instead of being their “only”.

In doing this, we are sharing with the world that we have already accepted defeat in believing that we do not demand more of others because we do not deserve it.

Who is in your life that you know you’ve become complacent with? Who is that person that you know does not look at you anymore and believe that they have to continue to put in work to keep you there?

…or are you that person?

Everyone always talks about how “curiosity killed the cat” like asking questions is taboo. If the cat was truly questioning his surroundings, that means he was observant and willing to gain knowledge of what was around him.

Now, complacency is “a horse of a different color” as they say in The Wizard of Oz”.

One of the definitions that Webster uses for “complacency” is: “self-satisfaction especially when accompanied by unawareness of actual dangers or deficiencies”.

IT’S RIGHT THERE IN THE DEFINITION.

Being stagnant and simply staying in one place leaves us susceptible to the dangers around us. Dangers that can kill us.

Sleep isn’t the cousin of death. Complacency is. 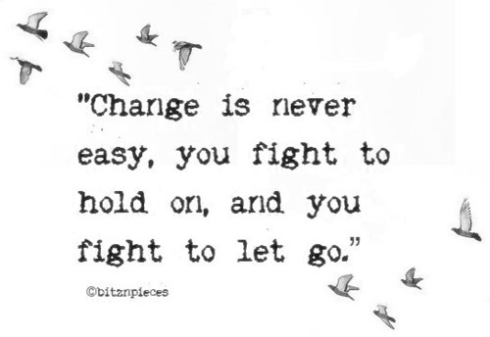 I Would Love Some Feedback! Cancel reply